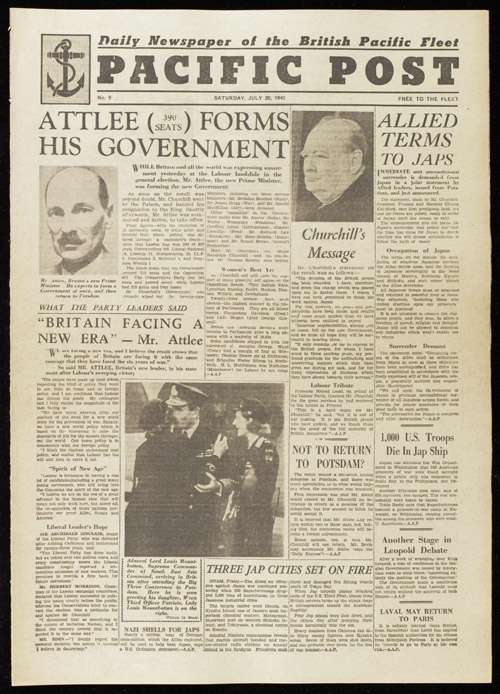 The content in Service Newspapers of World War Two has been selected in close collaboration with collection staff at participating libraries and specialist academic board members in the fields of military history, the history of World War Two and the history of journalism. Attendance at focused conferences also played a large part in ensuring material is relevant and appropriate for students and scholars.

Material has been sourced from across the United States, the United Kingdom, Germany and New Zealand to ensure a wide range of perspectives has been represented and that material can be compared and contrasted.

A note on omissions

Service Newspapers of World War Two is a major resource, which includes a range of periodicals from widely distributed and funded newspapers to local and short-run news sheets. Many key titles are well-represented, and wherever possible, the most complete run has been sourced. Issues held at the British Library and Imperial War Museums have been combined to give as full a run as possible.

However, the scale and complexity of the resource prevents the inclusion of every periodical that might be relevant.

A lengthy process of discussion between many different archives, libraries and museums across the globe has resulted in the five partner institutions that contribute to the resource. Where exclusions or omissions are apparent, this has largely been due to: