Service Newspapers of World War Two is a collection of newspapers and magazines produced for the armed forces who served around the world during the Second World War and its aftermath. The resource digitises over 200 titles carefully selected from archives in the United States, the United Kingdom, Germany and New Zealand, and includes a broad range of material from Allied and Axis nations across every major theatre of war.

From glossy official publications produced under government censorship to simple news sheets typewritten by servicemen and distributed within a single unit, these newspapers are a rich source of cultural and social history and offer a unique perspective into the experience of war during one of the most pivotal periods in modern history. 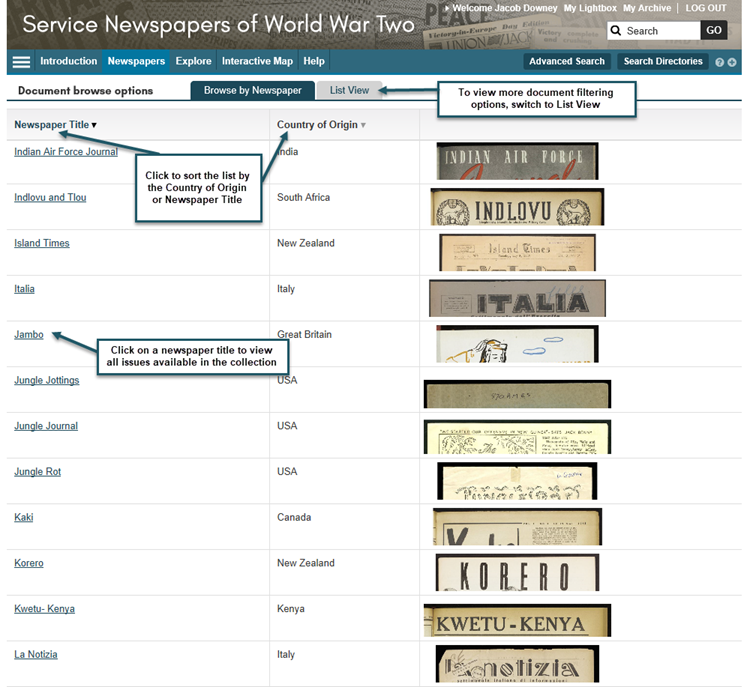